I came across this old document capture, while cleaning out my harddrive folders of old stuff, of something that was posted eons ago during the hype and tit-for-tat ramblings of various politically charged forum members. I can’t quite remember what forum it was, but it’s long gone…. I think it was on a server hosted on the now forgotten server called greenspun.com. This, back in the day of Carl Gutierrez running for re-election for his second gubernatorial term.

This doesn’t really have anything to do with the election, but… I think it was someone’s hilarious (however demeaning) idea of the GovGuam worker (as directed to be while under Carl’s lead?). 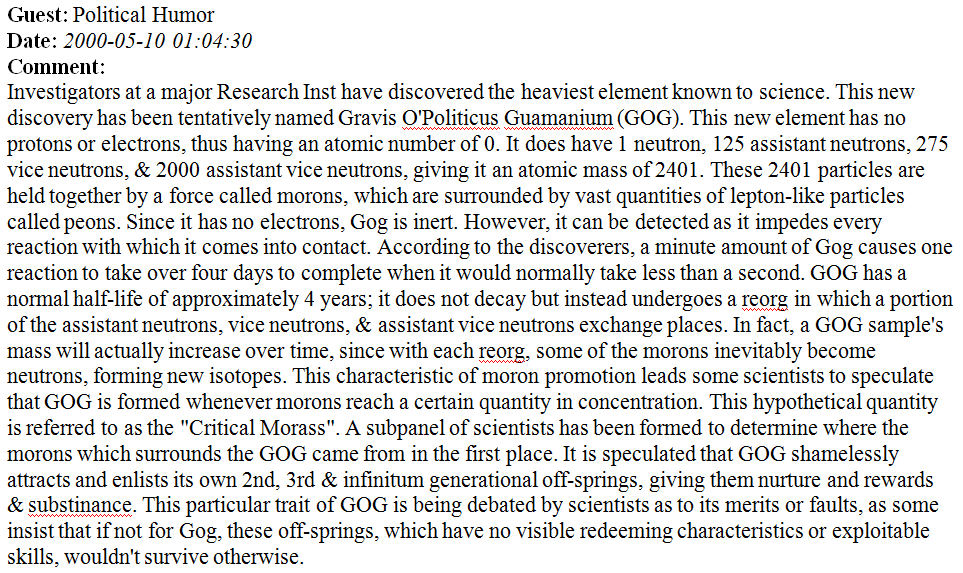 From my vantage point, and my limited and short term experience working for GovGuam, I laugh at a good number of “truisms” in this, intertwined of course with much sarcasm and exaggeration.