Not that I post every damn thing in a day’s events, but this morning was a doozy to say the least. I needed to drop the car (2017 Honda Fit Sport) off for shipment to mainland USA today. I had it detailed and the gas siphoned a month ago and had to put more gas, then put too much (needs to be 1/4 tank or less at drop off at Matson) and drove it around to burn off excess gas, etc.. I did that about three weeks ago. As it sat in the garage waiting to be taken for shipment, the ‘fuel low’ amber light came on, and the digital gauge read two bars. I poured in some gas from a 2-gallon container. The fuel gauge didn’t change. I did this twice, the last time being yesterday, and the gas gauge still didn’t change… fuel low light remained. Okay fine I know there’s gas in the tank so I’ll drive it as is.

Well this morning I go to take it to Sand Island to drop off at the Matson terminal, and the digital fuel gauge ‘updates’ as I’m driving out of Ewa… to almost a half tank! So shit I had to drive it around and burn off the gas – again – before I could go the the Matson terminal. 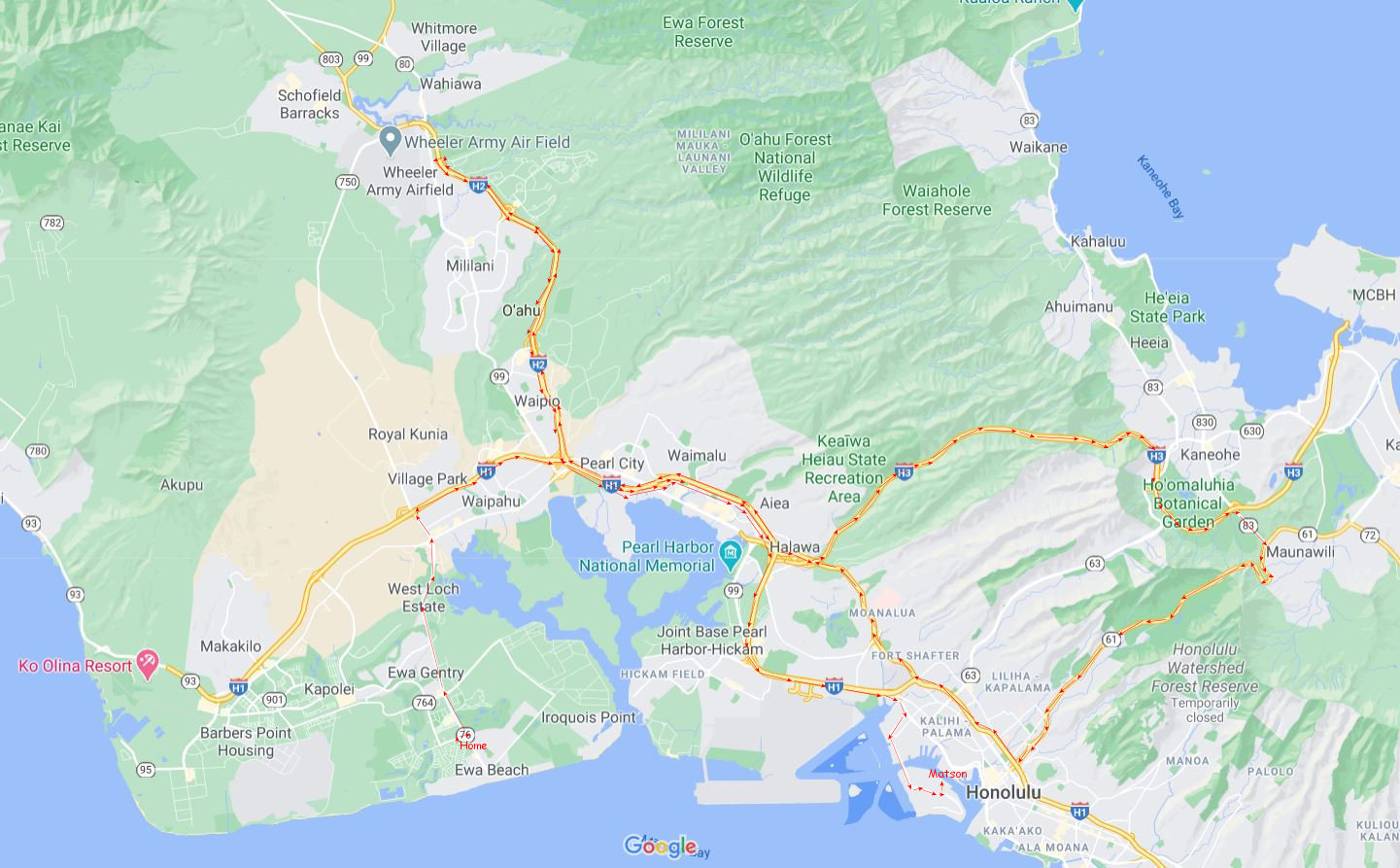 I drove out of Ewa via Ft. Weaver Rd., headed on H1 east, up H3 to the windward side, got on Kam Hwy toward Kailua, turned south on Pali Hwy back into town, then west on H1, north on H2 up to Mililani tech park, back down H2, then east on H1 again and finally to Sand Island. All that time, that whole route, driving as ineffifiently as I could in a fuel efficient car… gunning it, slowing to just below speed limit, gunning it back up to 65, back down, gunning it again… shifting and at times staying, in low gear to keep the engine revving and burning more gas. It’s such a hard thing to drive inefficiently in a fuel efficient car!!!

But I got it shipped. That’s done!!