I also loved him in The Untouchables.

News today of Eddie Van Halen’s passing. As I posted on my Facebook timeline, Was never much for knowing who the faces, voices, artists were as individuals behind their band/group persona. He was pretty much the standout exception.
RIP Eddie Van Halen. 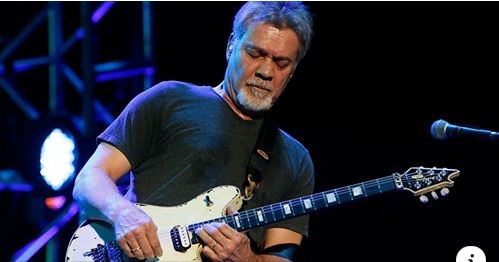 First was media posts yesterday of Helen Reddy passing. I scurried onto YouTube to find a few of her hit songs back in the day, because while I wasn’t a particular follower of her work, her work was a very memorable part of my early teen/post childhood times. And with my way of having memories tied to soundtracks,… Continue Reading

A shocking news headline popped up on my phone this morning. Kobe Bryant died in a helicopter crash today. His 13-year old daughter Gianna was also on-board and 4 others.

I’m not much of an NBA fan, but still, Kobe was a big name that went beyond basketball enthusiasts. What bit of NBA sports I did watch during… Continue Reading

Just a mention on Sweet Pea’s passing. I’m not a boxing aficionado, critic, or anything like that. I just remember watching boxing more avidly back when Whittaker, Biggs, etc., came out pro after their Olympics stints. Some of the more memorable fighters of that period. In today’s news…. Penny Marshall passed away. I remember many an afternoon watching Laverne and Shirley. Penny being Laverne in the show.

I was in uniform when he was Vice President, and then elected President. That was the era of the Panama invasion and the Gulf War (Desert shield/Desert Storm). He was at the helm for both. He, as of today, was the last of the war… Continue Reading

Sen McCain, I mourn your passing today. You have always represented the best of the best in government, exemplifying the utmost in integrity in all you did, in undeniable honesty to our country, to yourself, in all you did. You are the last of a breed of statesmen of whom I looked up to, applauded, and respected.… Continue Reading

His suicide took the world by surprise. First thoughts are why, he had it going on? But nobody knows what dark places he was in mentally. I loved your Parts Unknown series. Rest in peace.

I just had to go on YT and look up Glen Campbell’s one hit(of his many of course) that is etched in my memory as a sound byte of sophomore year in high school. Rest in peace…