In the lanai sitting around drinking after some grinds with Robert and Linda , and Norma and her brother Joe (Carlos) over. Joe had brought over a bottle of Bulleit Rye, so we were drinking it with coke. I liked the smoothness, so I took a picture of it so I can pick up a bottle when I wanted to go look for it. It just so happened Rob was in the background in the pic, leaning to read something on his phone I think, and looked more like he was going down for the count. Funny! 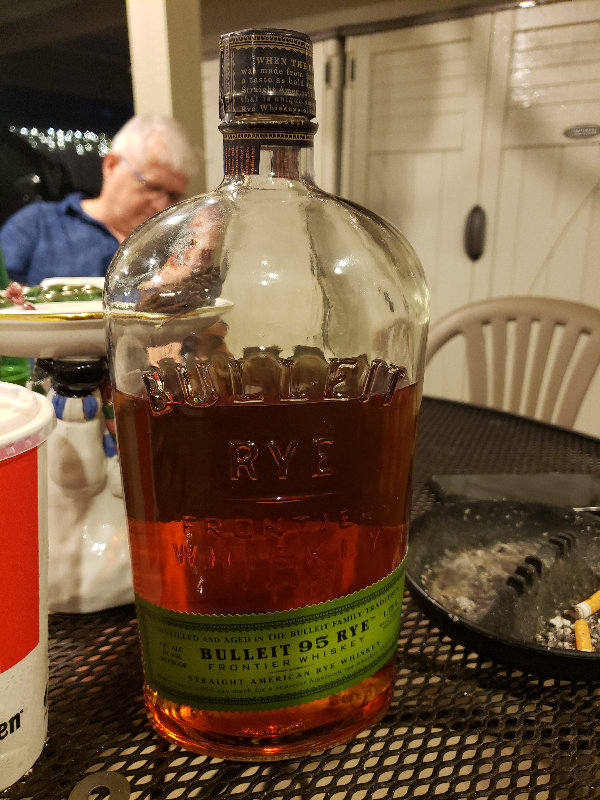