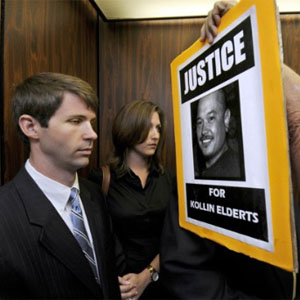 Local Hawaii news. Read the News Stories on Star Advertiser or KHON TV news. In short, Secret Service agent in Hawaii a couple of years ago for OPEC security has a few drinks prior to the summit, goes to a Mickey Dees in Waikiki, allegedly tries to break up an unfolding beef involving a rowdy local dude, and shoots him in the ensuing altercation. This was the second trial, the first one ending in a mistrial. If one follows all the Facebook and other social media, as well as news media, outlet stories and the user comments that follow them all, it’s easy to see the polarized views on both sides of the sad incident.

Mixed in is a whole lot of racism and hate. Hate for the haole boy who came to Hawaii, armed, with a badge, and murdering an unarmed local man. Hate for the rowdy troublemaking local boy looking for a fight after drinking (admittedly not an uncommon scene in Waikiki in late night weekend hours) with haoles or other non-islanders. If Hawaii was like LA after the Rodney King beating or other incidents of civil unrest after an unpopular trial verdict, Honolulu would be in flames right now after the recent second trial’s outcome. Lucky we live Hawaii.

Every time I pay attention to the comments and heated hate jabs by both sides, every time I read about the trial and the cases presented by both the prosecution and the defense, I go back and forth on where I side with this. Both sides are at fault to me. Sad that a man had to lose his life senselessly, but blame is on both sides. People just won’t acknowledge that. They pick one side and deny the other.

My view from Christopher Deedy’s side. As I mentioned, the scenario of local boys hitting the Waikiki area bars and then looking to beef someone, notoriously picking out haoles, is not uncommon. I grimace at each incident and mumble derogatory comments about the mokes who have nothing better to do than smear the local image of aloha. Had Deedy not been armed as a federal agent, guarans he would have been pounded. Or someone else would have in that McDonald’s restaurant if not Deedy. Hate to say it, but Kollin didn’t have the common sense to back off, or just not be rowdy (if he was or how rowdy remains a point of contention by his friends and family as well as his supporters) and wound up against an armed person. Too bad, so sad. The “not originally from Hawaii” person in me sees this.

Now, having lived in Hawaii for over 25 years, looking local, being treated as local, having family ties here, etc., I do have a local outlook too. From the perspective of Kollin’s supporters, I read in all this media coverage a hint of this federal agent coming to Hawaii with a chip on his shoulder. From what I’ve read, there have been reports that before he came to Hawaii (I think for the first time) colleagues told him that the locals hate haoles and are ugly toward mainlanders. So he had an image firmly planted in his mind about certain possible scenarios while here. So when one of those scenarios began to develop, he didn’t react as a federal officer; he acted in proactiveness, armed with his issued sidearm and the predisposed ideas in his head about what he was not about to let happen. He propogated the unfolding scenario into the one he’d been told about and then executed his already thought out plan to stop it. Stop it he did. Props to the federal agent for that. Yet to me, he guided the incident to where he wanted it so he could draw his weapon against an unarmed civilian. Boo to the murderer.

So it depends on which perspective people take, how much of the opposing perspective they ignore, and what makes them feel “right” in their heart.
Me? Chris Deedy may not be accountable for the murder as a murderer. Maybe involuntary manslaughter. I believe there is some merit in his stopping an brewing altercation. But he had been drinking. No matter if he was proven drunk or not. He should be stripped of his gun and badge and kicked out of the secret service. Apparently there is no legal wrongdoing in the secret service rules playbook about that. so the elderts family should sue the federal government for wrongful death and be awarded 7 digits of some kind.

* Disclaimer: for the unititiated, the word “haole” has come to mean, over the years, a white person, the Caucasian person. You can google the original Hawaiian meaning from missionary days or what have you. It is *NOT* a racial slur. Mainlanders, particularly the haoles, claim it is. This is a result of mainlanders’ mentality that the American English language is the only measure of what someone is called, insist to be called what is a proper term in American English, and dismiss the fact that there are other languages in this world that have terms in other languages for people, places and things. Get over it. Get over yourself.