“WTF is that?”, mainlanders often say… and many (mainlanders) will say they would never eat spam. Ignorance is bliss I tell you!! 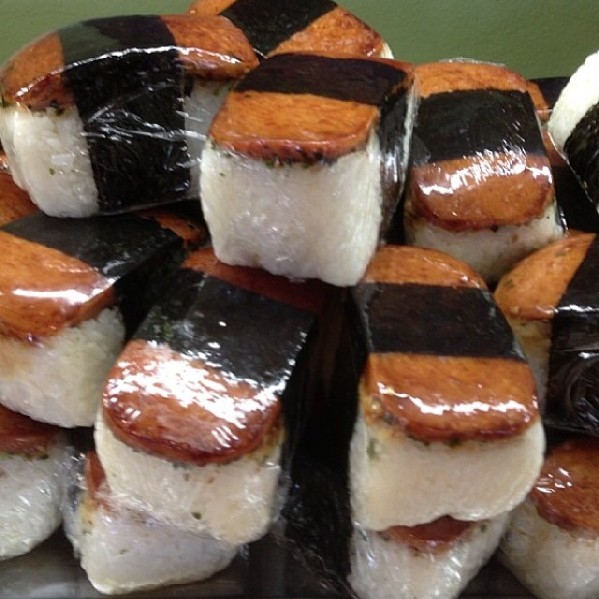 Spam is the ONO steak of the islands, and spam musubi is, well as old school Hawaii says, broke da mout! It’s more than a run of the mill snack. It’s a self contained mini-meal! On the go, hungry, and need something good to fill your tank to at least 1/4 or half tank? Swing by 7-Eleven or Fastop for a musubi that’s at the counter in the warmer and you’re ready to roll.

And to the mainlanders who think spam is beneath them… nah, not worth saying what I want to say about some of the shit y’all eat.