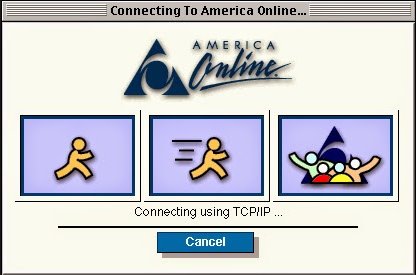 I was doing a search a few days ago for something that, I don’t know, had American and Online as tags, and Bing came up with America Online, as in AOL. I hadn’t seen the old AOL logos and screenshots of their actual screens in ages. Yeah, yeah, our family got into AOL back in the day when they were a “formidable service provider”.

Does anybody remember spending time on there? I got curious and looked at one link that came up, and it was some blog from, of, by posters who were kids during the AOL revolution on the internet. The main theme of the blog posts were kids sharing and bragging about their parents not paying attention to what they were doing, in the chatrooms, getting naughty, their world wide web freedom to do and act as they please, etc.. Hmph, as if it was something that kids of that generation got over on their parents and were exclusive to. 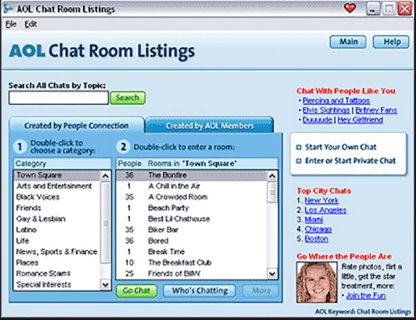 Little did those kids know that many parents were also in AOL chatrooms, and not to supervise their kids. But rather, they got online after the kids were told to go to bed, to get some naughty on themselves! Oh yes.. I have a story about that (and visual aids…). Go on kids, what were you doing in chatrooms of the naughty nature that tops your parents!!!! 😀