Phillip Seymour Hoffman’s death last weekend as a result of an apparent heroin overdose has been in the media all week, with angles ranging from the straight news that he died, to the almost forgotten heroin drug abuse problem in the nation, to who is to blame for his death (himself or drug dealers).

Celebrities and other ‘famous’ people dying from drug misuse is not really unusual news. It happens… almost regularly. Whitney Houston, Michael Jackson, Heath Ledger, Corey Monteith, to name a mere few in the last few years. It really comes as no surprise. I just thought I’d take pause at Mr. Hoffman’s untimely and unfortunate demise to dump a few thoughts about it. Not with drug abuse in general, but drug OD via heroin.

I can only imagine the crap that Hoffman and nearly everybody else who cannot resist the call of the junk monkey on their backs, and the dangers they face in answering those calls in the form of what shit their smack is cut with. There’s talk about some additive or other dangerous drug routinely mixed with heroin that makes it so potent and dangerous, such as Fentanyl, Mannitol, Acetaminophen, Quinine, or other smack-like/looking garbage. Dabbling in what is commonly found on the streets of big city, USA has always been scary.

Describing the addiction as a ‘call’ of the junk monkey is a severe understatement. the withdrawal, the ‘jones’, the bodily reaction to being strung out is much, much more than some call that can be dismissed or left unanswered. The pain, the shakes, the sweats, they are at a residently real level. 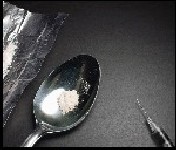 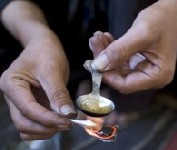 Beyond that, media coverage addresses addiction without understanding the true grasp that heroin addiction has on a junkie. It is unfathomable by anyone who’s never been down that road. It is way, way beyond the ‘simplicity’ of tobacco addiction which most understand is a very tough one to beat. But tobacco addiction does not break you down to where to forsake your values, integrity, morals, your wife, parents, children, your very life’s essence. Very few ever return after traveling down that narcotic addiction road. Once it has taken grip under one’s skin, it becomes the person’s priority in life. At first it is the main priority.

Soon it is the only priority. Getting affix, scoring a dime plate, finding the cash to go score dope, is the day’s first item on the agenda when you wake up, and remains the agenda until completed. If it’s completed early in the day, then the next fix of the day is in order. Sometimes it takes all day and all evening t get it done. Sometimes it involves getting to an ATM or bumming cash from a friend or relative in order to get the day’s hit, or other times it requires more resourceful actions like petty crime.

The grip is powerful and almost impossible to shake. Successful rehab is but a relative meaning. Successful is a measurement that is on a sliding end point, and is typically defined by someone (the counselor or therapist) who is unqualified to truly make that determination. A druggie can be “on the wagon” for months, days, even decades, and be classified as successful in kicking the habit. Then… all it takes is one relapse, and it’s all gone. Many people ask why, after years, anyone would slip. You poor mofo, you have no clue what you’re asking because you’ve never been there.

Suffice it to say, the high is one that is too good to try even once.