I came across this article on MSN about a TSA screener who caused so much havoc because he didn’t notice a metal detector was unplugged and passengers were sent thru it… and upon discovery, they backtracked all passengers believed to have been “screened” by that detector to be screened again. 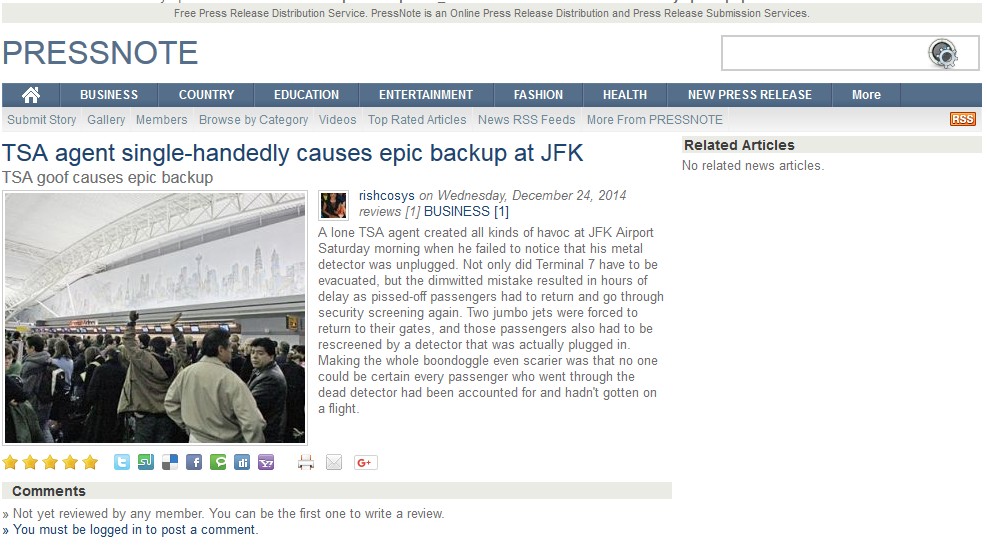 We’re talking some places turned back to gates and passengers offloaded, etc.. Of course on MSN there is a reader opinion/comment capability after the article. Commenters just joked and criticized and made cracks about TSA agent IQ, etc..

Now, I’m not a defender of TSA in all they do, or rather, in the way in which they do things at the expense of public convenience or dignity, but what they do is all important. Naysayers, if I could go back in time and put your mother, father, sister, or brother, wife/husband, or children on those doomed Sept 11 flights, I’d really like to interview you on national TV to ask what you thought after the tragedies today.

That now being framed into a certain perspective, have these commenters ever worked as a TSA agent? Or, before the TSA was created, an airport passenger screener in general? If they haven’t and have no clue as to what the job entails and the monotony and idiocy of putting up with hundreds of rude, stinky, inattentive, uneducated, non-english speaking, and judgemental people who think their flight agendas are more important than passenger safety, then they are not qualified to speak. No wonder TSA agents lavish in any opportuniy to embarrass passengers and make them feel violated ~ it’s their only way of payback!!!

I worked it for a short stint, part-time. I quit after one weekend. Screw that and those passengers whose faces I wanted to just put a well swung elbow into… the passengers who intentionally place very and visually soiled underclothes in handcarry bags they know I would have to look thru.

So he overlooked the fact that the metal detector he was manning was unplugged. He will get just reprimand from his job for the inconvenience and havoc he put the airport thru. He doesn’t need comments from the clueless peanut gallery. Those who criticize without having walked the walk… quit armchair QBing.