Peaches is in San Diego right now. She posted on her Facebook wall about how she’s tired of (mainly military) people always saying the schools in Hawaii suck, they’re substandard compared to the mainland school systems, on and on, and how it pisses her off because she’s a shining product of the Hawaii school system (as are her siblings of course). Shining… as in brighter than MANY MAINLAND BORN/RAISED KIDS!!!!

The same is usually said by “outsiders” about the Guam school system which I think, from a curriculum and DOE management perspective, is “worse” than Hawaii schools. Of which I am a GWHS Guam product. 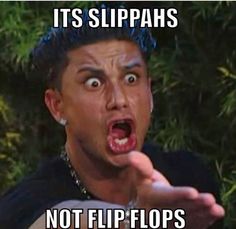 I, too, have heard the same kinds of rantings back in the active duty days from military co-workers and their spouse dependents. Yet why is it that from day 1 in the military it was obvious that I was more articulate, well versed in the English language, and all around “brighter” than I would say at least 50% of those around me? People who were products of mainland schools all around the country couldn’t and still can’t spell worth a damn without help, have very poor sentence structure, don’t know dammit about world geography compared to those of us who had to grow up studying about other continents just so that we knew where we were in the world, etc..

The reason why that is is because those who complain about the island school systems are those whose children don’t have an innate gift of natural intelligence and don’t have the capacity to excel at what they do, and their parents expect the school system to provide them what they do not have in their lineage ~ natural smarts. They are the 47% that Mitt Romney referred to as feeling entitled… entitled to being taught how to be smart and how to be a learner… when the truly gifted ones know how to learn and feed and capitalize on the knowledge taught them no matter how well or poor the delivery/presentation is. It’s in the gene pool people. If you cry that your kid ain’t learning shit because the school system sucks, no, your dumbass kid who is trying to survive on the DNA YOU gave them can’t add 2+2 like the others. Don’t blame the schools.

These are also the same motherfuckers (the parents who complain about island schools) who are so afraid to venture off military bases to mix and mingle with “the locals” and who despise and resent teachers of their children in schools having those stupid sounding accents like Filipino, or Pidgin (never mind that redneck city southern USA has far worse drawls in their speech but that’s okay because it comes out of white people’s mouths). We know what side of racism that is on. The side that fits the haole agenda, but they cry when “locals” are prejudiced against them.

If the shoe fits, shut up and wear it. If it is in fact you that I’m describing, no I’m not saying I or my kids are better than you and yours. I’m saying you and yours are just worse than mine. Now STFU.