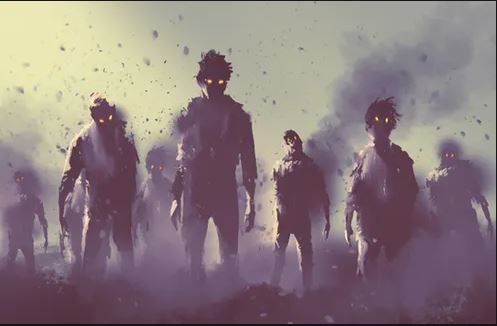 It’s been 3 months since the Coronavirus was first reported. It seems as if it’s only gaining momentum of global spread and contagion. Three months, and there has yet to even have a sense or feel of at least leveling off. It makes one wonder how long more do we have before there is any collective sigh of relief that it has at least been contained, stopped from further spread, or have a serum to battle it effectively. On the other end of the spectrum, I sometimes wonder what history will say about it if this gets totally wacked out of control.

There was something in the media, be it legit or fake media, that this whole outbreak may have started in a Chinese government lab and not from bats, and it was possibly some sort of biological warfare thing that got out. That scenario is very plausible, however probable it may or may not be.

So in the everyday life, those populations that have not been directly affected are both panicking and buying shit up in stores like tomorrow is the end, to those who shrug it off like it’s too far away to be a real life in your face concern. Who is right? Shit, what train of thought do I side with? Events that draw crowds are being canceled due to the scare. I think FESTPAC, supposed to be held in Honolulu this year, has been or will be canceled. I know Guam new media put out that the Guam delegation is not coming. Local Honolulu events like Mariah Carey’s concert and the Honolulu Festival have been canned. The buying up and hoarding of things like toilet paper, hand sanitizer, bottled water, are both efforts to stay sanitized and keep from having to go into public crowds to shop for the frequent necessities. Tourist counts are down ‘coz people ain’t traveling. Even Lina said that baristas are scared of exposure at work from customers, many who are tourists.

So, while the virus infection has yet to directly affect us, it has already done so in other ways. Will it get much worse before it gets better?

Why is it always China being the source of all these crazy things? Makes you wonder…