Yeah, this photo find was on Facebook. Ever since the grandbabies were born, the feeling of frequently being “magodai” has been reborn in the house.

I don’t know that there is an English language word or term that adequately captures the feeling and essence of the Chamorro word magodai, or na’magodai. Irresistible. Close, but nah, doesn’t invoke the same essence. It’s the feeling of being close to uncontrollable in your desire to pinch, bite (playfully), hug, kiss, and being simply a silly idiot of emotion for and toward the babies. I guess that, without text narration to define it, the old Bugs Bunny cartoon (the picture) comes closest to explaining. 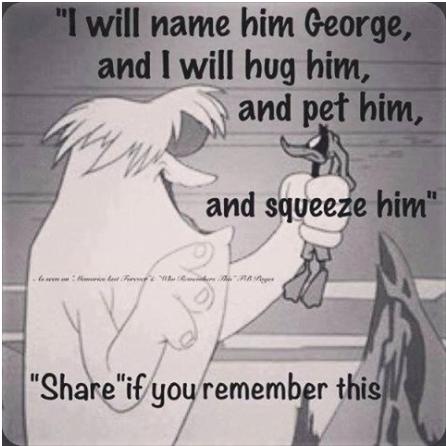